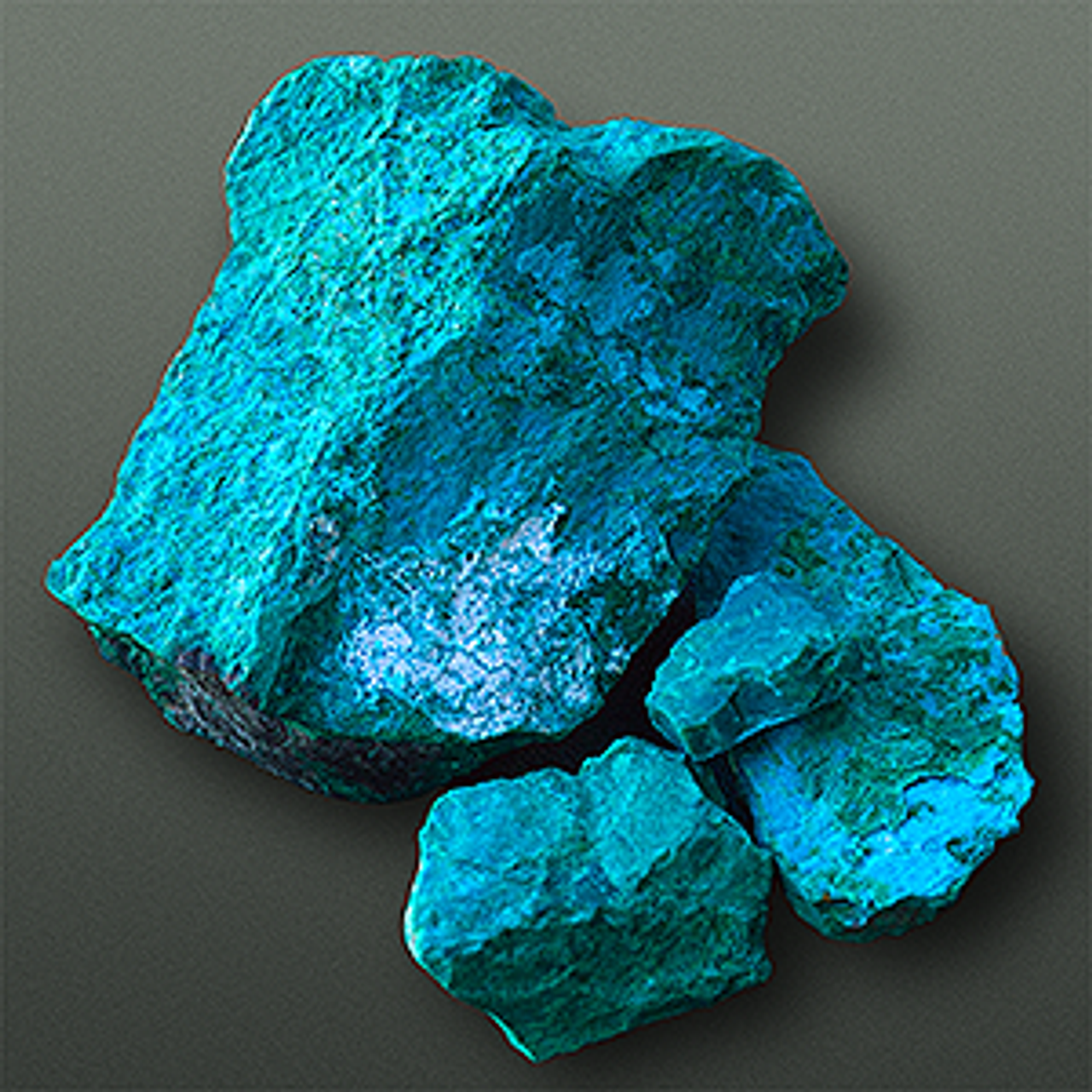 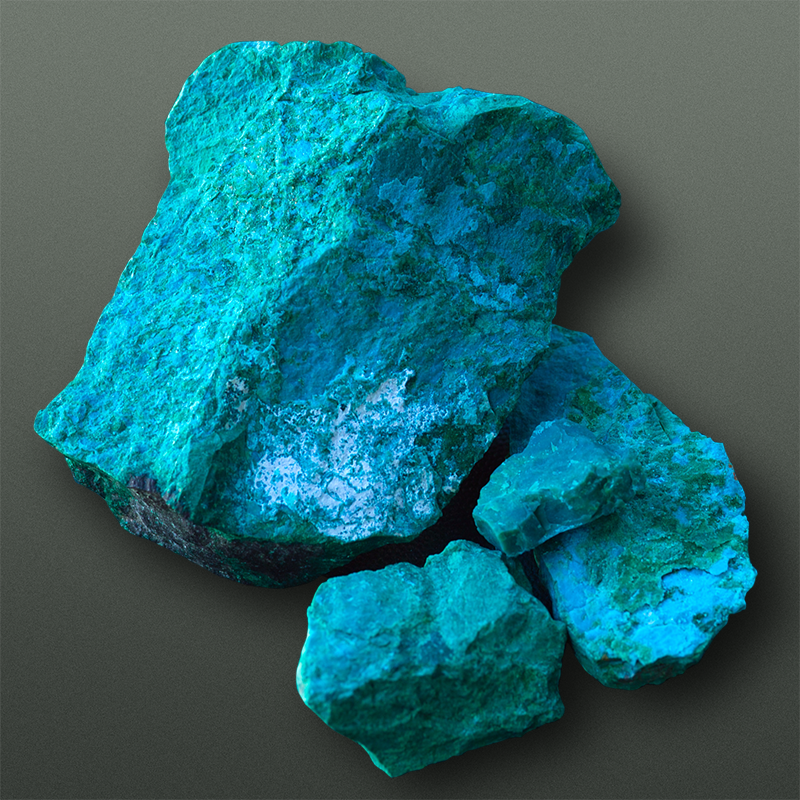 This pigment of a mineral origin was known to the Egyptians, the Greeks and the Romans. The name is now used by mineralogists exclusively for natural copper silicate, derived from the Greek words chrysos, meaning gold, and kolla, 'glue'. Chrysocolla is a secondary copper ore that has also been used as a gemstone and a blue-green pigment. It has been mined since 3000 BCE. Unlike true minerals it does not possess a crystalline lattice, instead it is an amorphous 'silica gel' or gelatinous precipitate composed of hydrated copper silicate.
Chrysocolla has been found as a pigment in wall paintings at Kizil in Turkistan and in Twelfth Dynasty Egyptian tombs. In the 16th and 17th centuries, it was used as a watercolor pigment called Cedar green. Theophrastus and Pliny wrote of the mineral chrysocolla, although there is always the possibility that they confused it with other copper minerals, such as malachite; it is not always clear which mineral is being referred to in most of the ancient texts.
The pigment preparation starts by crushing the mineral in a jaw crusher, then the gravel is washed, and carefully milled in a water bath, in the ball mill, to prevent over-grinding, first with big media, milling with smaller, denser, media follows. Then the powder is washed and separated by levigation. Fine powder is repeatedly washed to remove a milky solution to create a vibrant very fine pigment.
The resulting pigment powder retains a good color. Although when viewed under the microscope in transmitted bright field illumination, the blue-green color of the conchoidal fragments are often difficult to see. The particles may appear almost colorless. The pigment is very transparent with low tinting strength, but beautiful in a watercolor and egg-tempera medium. When mixed with oils, the resulting paint layer is a transparent light green (see additional images).