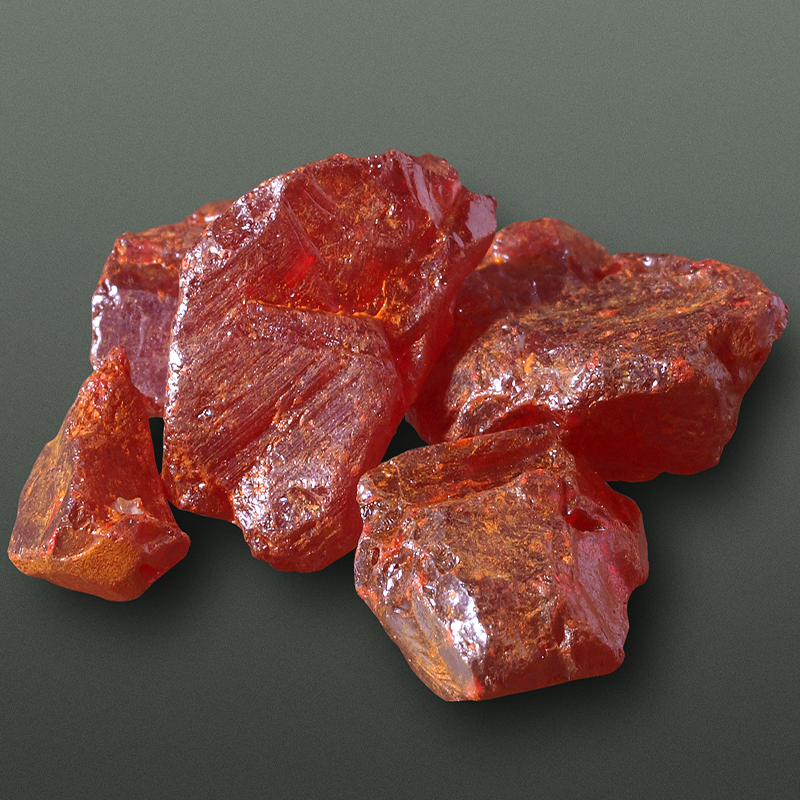 The name is derived from the Arabic rahj al ghar, powder of the mine. The Latin term was sandarach and De Mayerne who was writing in the seventeenth-century referred to it as rubis d'orpiment. Pliny calls red lead "false sandarach," true sandarach being the rare orange-red realgar.
Orpiment has a first cousin, realgar, also sulphide of arsenic, which is beautiful an orange as or orpiment is a yellow, an orange-scarlet.A bright orange-red mineral composed of arsenic disulfide. Realgar occurs naturally in lead and silver ores along with orpiment (arsenic trisulfide).
Realgar was once widely used as a pigment because of its bright rich color, but perhaps less so than its mineral congener, orpiment. Early occurrences are known for works of art from China, India, Central Asia, and Egypt.
Specialists known as vendecolori (color sellers), a profession unique to Venice, played a crucial role in stimulating color experiments by introducing many new pigments, such as the yellow orpiment and reddish-orange realgar that became the signature hues of Venetian painting.
In European painting, apart from fairly regular use in Venice in the 16th-century, the pigment occurs occasionally until about the middle of the 18th-century. It is a usual choice for the bright orange flowers depicted in Dutch 17th-century paintings, and enjoyed moderately regular use in British 17th- century and 18th-century painting, including as a pastel color. However, it is extremely toxic, which has had an effect on its range of application and availability. Venetian painter Titian used an unusually large range of pigments, including orpiment and the only true orange of Renaissance, realgar, available in Venice from around 1490. The orange robe of the cymbal player in Bacchus' entourage is unusually vivid, for Titian has here taken advantage of Venice's access to realgar. Orpiment has been identified in many paintings, for instance those of Paolo Veronese (1528–88), who used it together with realgar in draperies, and in 17th-century Dutch landscapes, where it is mixed with blue to make green. In 18th-century portraits it was used for the highlight on gold. Orpiment and realgar are stable pigments, but they can darken in aqueous media in the presence of lead and copper pigments.
My pigment Realgar is prepared from crystals from mineral deposits in Peru. Hand separated crystalls are crushed and then grinded in water. The pigment is washed and separated by levigation.

Avoid contact with metal spatula or tools.
Turns black in contact with copper and lead containing pigments.
Toxic by inhalation and ingestion.

Chinese medicine and culture uses as: Realgar is a kind of white spirit or yellow rice wine brewed with ground realgar (As2S2) powder, usually drunk on the Dragon Boat Festival. As a traditional Chinese medicine, realgar can be used as an antidote or insecticide. Ancient people also believed that drinking realgar liquor could ward off evil and diseases.