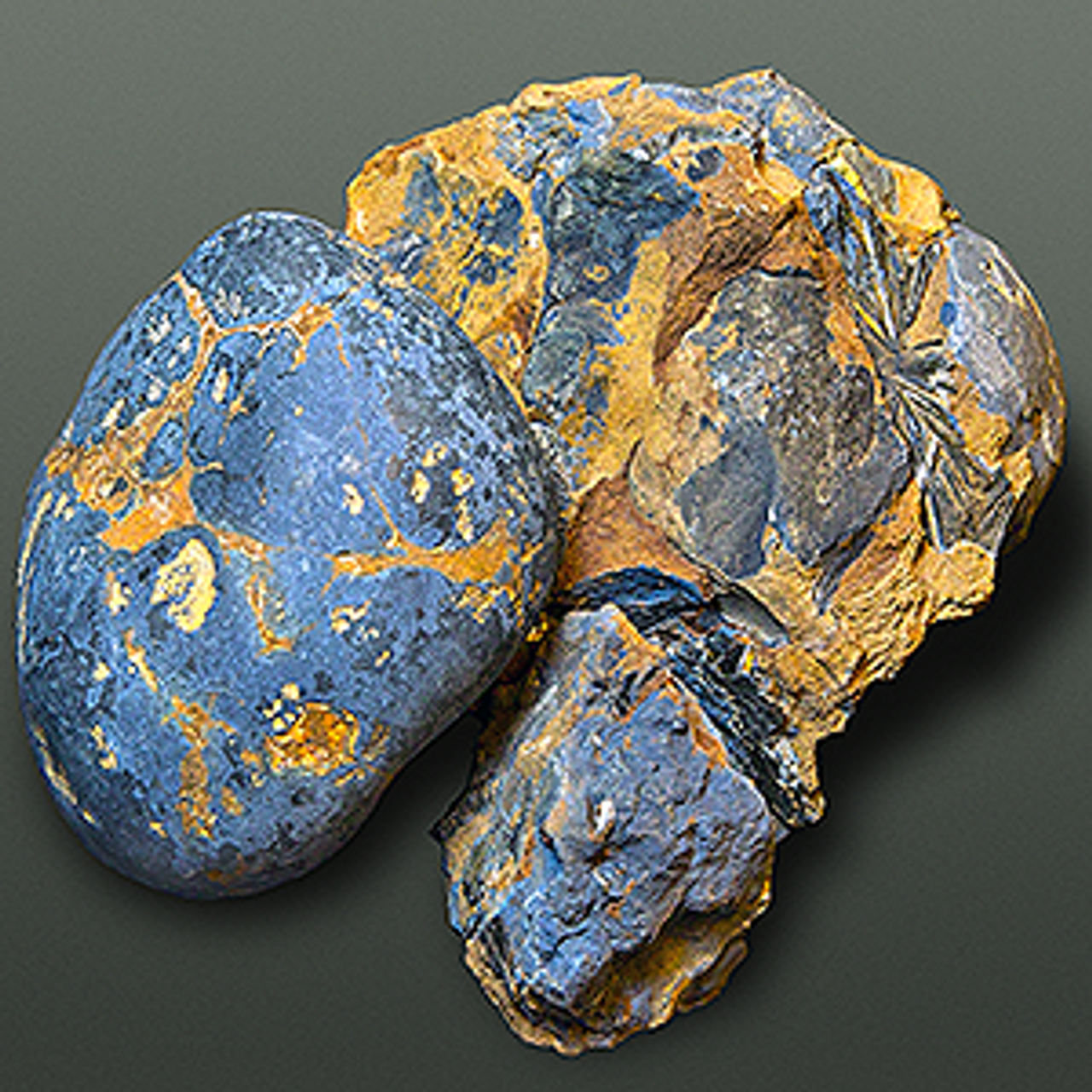 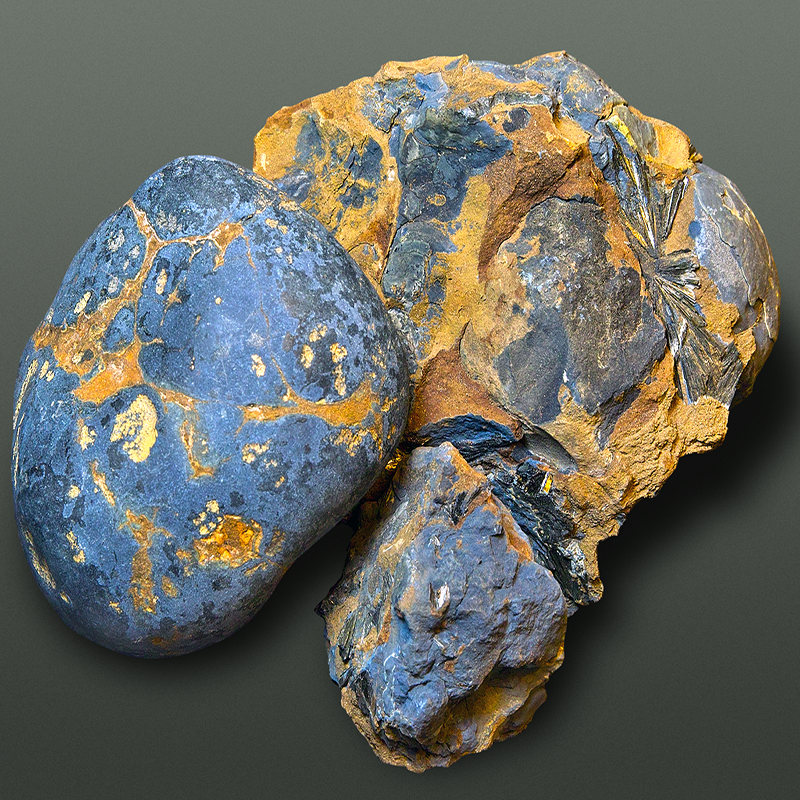 It was named after John Henry Vivian (1785–1855) who discovered the mineral at Wheal Kind, in St Agnes, Cornwall.

Is insoluble in water. The mineral generally appears as dark indigo-blue to blackish green crystals and may be associated with pyrite and copper. Vivianite is also found in an earthy form, frequently associated with bones or decaying wood and in other organic, phosphate-rich environments, such as peat bogs and clay beds. Vivianite crystals are often found inside fossil shells or attached to fossil bone. Pure fresh vivianite from big broken specimens is colorless, but the mineral oxidizes very easily, changing the color, and it is usually found as deep blue to deep bluish green. Color crystals in the air varies with time on indigo-blue due to partial oxidation.

Iron is a powerful chromophore element whose pigmenting properties were the first to be recognized among transition metals. The interest in blue iron minerals as pigments for painting was enhanced with the use of vivianite a natural hydrated ferrous phosphate, which in medieval Europe became an alternative to the expensive lapis lazuli, a member of the ultramarines whose appreciated blue tone is due to the presence of sulfur poly anions. However, the aging of blue vivianite pigments in old paintings has become a serious concern for conservators, but the aging process still awaits a satisfactory explanation.

Until recently, the use of vivianite as a blue pigment was known only in the 12/13th centuries in art works mainly from Germany and the British Isles. The pigment has been identified in medieval painting and decorating architectural elements in Germany, England, Sweden, and Norway. Ferrous phosphate was used as a pigment called blue ocher by the School of Cologne in the 13th and 14th centuries. The earthy form of the pigment has also been identified in Dutch 17th century painting (Johannes Vermeer’s famous painting The Procuress (1656)). Vivianite has also been used as a pigment, and the number of published occurrences has been increasing steadily over the last few years.

Vivianite is traditionally used in iconography.

The vivianite pigments on Medieval objects often remained unchanged until today. Though generally stable in its blue form, in some instances the pigment particles have partially altered to a yellow color thus producing an overall green appearance where a blue color was intended. It can discolor, a problem encountered in both Romanesque wall paintings and seventeenth-century Dutch paintings.